SEVOCOMM - The History of CAD/CAM since 1957 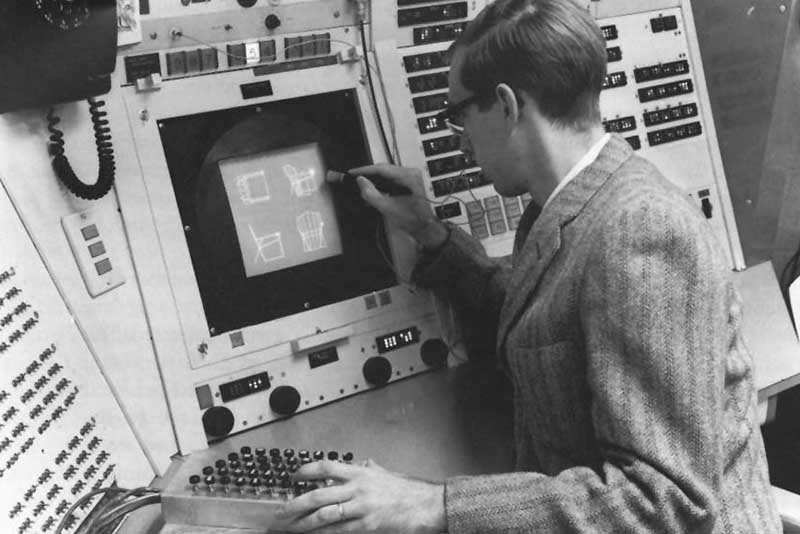 The History of CAD/CAM since 1957, over 60 years ago, the “Father of CAD/CAM,” Dr. Patrick Hanratty created the first numerical control system, which would later become Computer Aided Design or CAD. The precision, versatility, and edit-ability of CAD designs revolutionized the engineering, architecture and manufacturing landscape. The importance of CAD cannot be understated.

During World War II, computing underwent a lot of development. Patrick Hanratty developed PRONTO (Program for Numerical Tooling Operations) the first CNC programming system, in 1957. In fact, some industry analysts estimate that 70~90% of all 3D mechanical CAD/CAM systems available today can trace their roots back to Hanratty’s original code.

A quarter century ago, the very idea of CAD and CAM being linked was far-fetched and provocative to say the least. With its introduction in 1957, it was still decades ahead of small and affordable computers which could run the software. Pencil and paper would remain the primary way “draftsman” would create designs for another 30 years. But the groundwork was laid for things to come, CAD software would a fundamental tool for nearly every industry.

Not long after PRONTO, Ivan Sutherland developed Sketchpad in 1963 as part of his thesis at MIT, titled “Sketchpad” A Man-Machine Graphical Communication System. Users could interact with the program through a screen, a light pen to draft and a set of buttons to set parameters or constraints. The program was overall primitive by today’s standards, but it was highly complex and advanced in its day. While it never became commercially available, it did pave the way for later CAD software. More developments where made in the 1960’s, including the first digitiser from Auto-trol and DAC-1, this was the first production interactive graphics manufacturing system.

One of the most influential events in the development of CAD was the founding of Manufacturing and Consulting Services Inc. (MCS) in 1971 by Patrick Hanratty, who wrote the system ADAM (Automated Drafting And Machining), but more importantly he supplied code to companies such as Unigraphics, Computervision, Autotrol and Control-Data. As computers became more affordable, the application of CAD gradually expanded into new areas. The development of CAD software for personal desktop computers was the impetus for almost universal application in all areas of construction.

The emergence of UNIX workstations in the 1980’s truly revolutionised the CAD markets. A small decade or two earlier, CAD software was a standard tool for heavy industries. By the 1980’s however, commercial CAD systems began to appear in the aerospace, automotive and shipbuilding industries. It was the introduction of the first IBM PC in 1981 that really marks the beginning of the large-scale adoption of CAD.

The following year marked an even bigger milestone in CAD software history by the founding of “Autodesk” and subsequent release of its “AutoCAD”, the first significant CAD program for the IBM PC. It was a huge success for Autodesk, with AutoCAD winning “The Best CAD Product” award from PC World magazine in 1986 and continuing to do so for the next 10 years. From this point on, increasingly advanced drafting and engineering functionality became more affordable. The next milestone was the release of Pro/ENGINEER in 1987, which heralded greater usage of feature-based modelling methods and parametric linking of the parameters of features; this marked the introduction of parametric modelling.

By the 1990’s, the PC was finally capable of the computations that (3D) CAD really required. This led to the fase-out of the UNIX workstations. CAD software slowly started to become accessible to millions of engineers and consumers who previously couldn’t afford the technology on UNIX workstations.

In 1995, the first important modeller for Windows was released, named “SolidWorks”. It was so successful that after just a few years, Dassault Systems acquired it in 1997 and “Solid Edge” was released later that year. A year later saw the release of Autodesk’s “Mechanical Desktop”, their first 3D solid modelling product, which soon became the number one selling (3D) CAD software in the world. Autodesk continued their success with their release of “Inventor” in 1999.

The beginning of the 21st century marked the release of client-side CAD tools and web-enabled CAD. Alibre released “Alibre Design” in 2000, as the first 3D CAD software able to perform client-server 3D modelling over the Internet. Autodesk subsequently released “AutoCAD 2000i”, which was their first web-enabled CAD software. Autodesk continued its success into the 21st century with constant updates to its popular “AutoCAD” product, including tool palettes in 2003, dynamic block functioning in 2005 and support for Mac’s in 2011.

The next decade also saw the growth of other popular 3D CAD programs like Revit, Creo, SolidWorks and many more. Autodesk’s new direction by moving the software into the cloud, tried to be more intuitive and simple, also allowed the creation of complex assemblies in record time, with its release of “AutoCAD 360”, really upped the game in the CAD world.

In addition, the interaction between human and machine has altered. Typically, designers make use of a computer mouse with CAD programs. However, designers can also make use of a pen and digitising graphics tablet. Furthermore, there’s been a lot of development in the CAD-human interface interaction, from touchscreens to VR/AR.

So far we’ve managed to discuss the history of CAD, where it originated and how it progressed. We’ve even looked at the evolution of the technology and industries using it. But what exactly does the future hold for CAD? Let’s see what’s upcoming and next, although we don’t have a glass-ball where we can see it.

Augmented Reality is technology that allows real-time visualization of CAD models in the real-world environment. Current AR software makes use of devices like smartphones or tablets, capturing the surroundings with a camera or LiDAR and placing a digital effect over it to view the model.

Virtual Reality, by comparison, immerses a user in a simulated world using a headset. It has been extremely useful in the gaming community, with products like Oculus Rift, PlayStation VR and Samsung VR. It’s also been useful in CAD, allowing designers to interact with models directly.

A major upcoming trend in CAD is the concept of CAD technology being able to “think”, anticipating a designer’s next move and making a reciprocating move accordingly. This is otherwise known as “Generative Design” and it’s been possible by means of AI/Machine Learning. Designers will soon be able to choose the best design solution by working alongside computers to create an ideal design. Autodesk is currently working on Dream Catcher, a program that can generate hundreds of unique designs in hours, as opposed to the days it can take a human to create a single design. This will surely have a huge impact on the CAD industry in the up-coming years.

As part of the engineering community, SEVOCOMM‘s engineerings are following the CAD software market closely to stay up-to-date on the possibility’s and advantages that it will bring to us.